Previously, we have briefly introduced IPC-2581 and compared it with the inherent limitations of Gerber to derive some features of IPC-2581. Today we'll go a little deeper and compare them in detail. 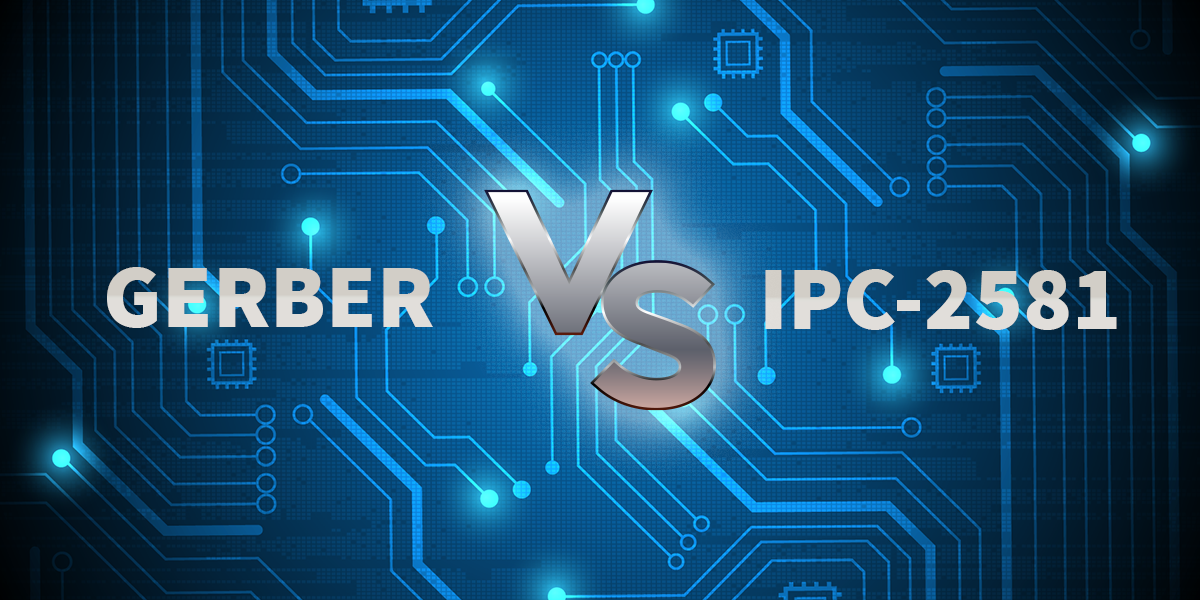 A. Comparison of Development History

Both data exchange formats have long histories, and each version boasts significant breakthroughs or extensions in features. They have been maintained and updated up to now.

B. Comparison of market conditions

Gerber, as it was developed earlier, has the lion's share of the market. Current existing EDA software and PCB manufacturing equipment support the use of this format. However, as the format is only maintained and promoted under the license of the company, this may set some limitations on commercial articles and patents.

IPC-2581 is a late-comer to the party with the aim to solve the inherent problems with Gerber, which means it meets the needs of industrial IoT and data-based development better than Gerber. By promoting its affiliate membership program, IPC-2581 has become more widely known. However, the membership application needs to be done by all the upstream software and equipment vendors to downstream manufacturers, leading to some difficulties in real market applications.

The inherent market differences are not set in stone. Both of them have their merits and demerits in terms of market performance. It's all about who can be more flexible, adapt to market demands, and stick it out to the end.

Gerber is an ASCII format containing control codes and coordinates. It can also be EBCDIC, EIA, or ISO codes. However, it is not easy to decipher and hence requires specialized knowledge or tools for accessing.

IPC-2581 is an XML format with a more systematic organization. It is easier to read and understand, and users at different levels can learn and master this basic usage.

IPC-2581 has only one XML file type and organizes different contents under one title.

Gerber's netlist and BOM table are independent to each other, so a separate chart needs to be defined to relate such information, and even though the X2 version had added parameters for assembly, it has not met the backward compatibility requirements.

IPC-2581 has integrated information that can show the netlist used for testing, the different BOMs used for procurement and assembly, and the associated assembly parameters.

Given various file formats, Gerber needs to convert the intermediate data formats and verify the output configuration of EDA software to check if there is any difference from the configuration of production software.

For IPC-2581 output, different formatting configurations are present as a selection, and given its high data security, its standard format are readily accessible for designer and manufacturer DFX.

It is true that Gerber has some limitations, but it has been constantly improving, whilst even though  IPC-2581 seems to have more of a technological edge, but technology alone is often not enough.

Today, we have made some comparisons between Gerber and IPC-2581 in terms of development history, market conditions, and standard data formats- however, these comparisons only serve as  a brief discussion for a short period of time. As was previously stated, Gerber is about to release its version of X3, whilst IPC-2581 will face a competitor in the XML data standard format, ODB++. Therefore, comparing these PCB data exchange formats must be compromised based on the actual situation and the development needs of your company. As they say, "the right one is the best one".

What is IPC2581? Why is it important for electronics engineers?