Amidst the development of IoT products, designers often contemplate using two of the most prominent techniques for telecommunication: LoRaWAN and NB-IoT. 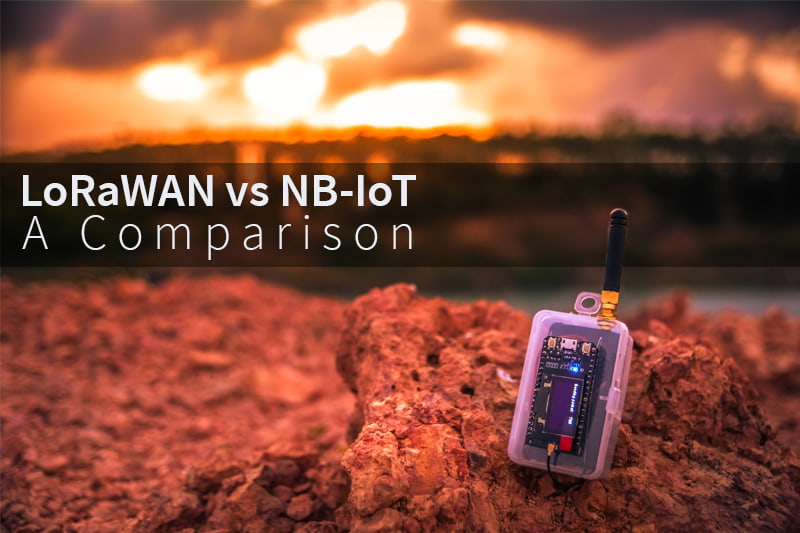 Both LoRaWAN (Long Range WAN) and NB-IoT (Narrowband IoT) are types of LPWAN or Low Power Wide Area Networks. LPWAN is a wireless wide area network that interconnects more devices than traditional networks and is known for its long-range capabilities. Like Zigbee, Bluetooth, or WiFi, LPWAN is also commonly used for IoT applications but used specifically on devices operating at low power (i.e. most are battery-powered) and low bandwidth technologies over a larger operating range.

Within the various types of LPWAN available, LoRaWAN and NB-IoT technologies had been two of the most commonly used in hardware IoT applications, particularly due to their excellent coverage range, cost, and power efficiency.

LoRaWAN is a CSS (chirp spread spectrum) technology and operates by a spread spectrum modulation technique. This means the signal generated in the network will be spread over a wide band of frequencies, having its frequency increase and decrease within a certain period -- thus, encoding the information being transferred.

Having been patented by the LoRa Alliance, the LoRaWAN transceiver chips are mainly available from the Semtech Cooperation. 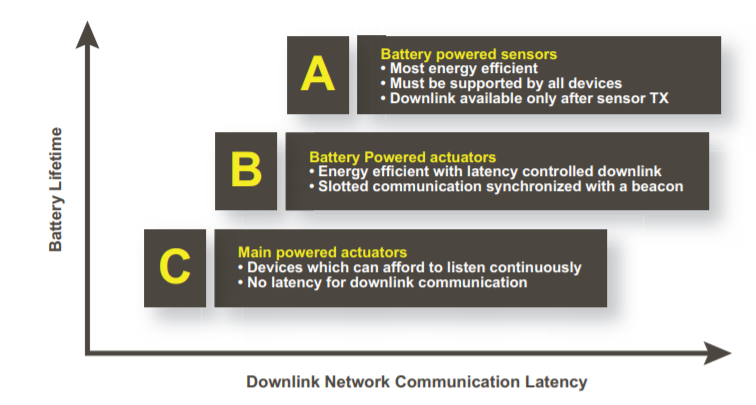 These transceiver chips came in 3 classes: Class A, with the lowest operational power but highest latency, Class B with moderate operating power and latency, and Class C with the lowest latency but the highest operating power. These different classes of transceiver chips can be used in place of one another or could be used complementary in a device.

The main difference between LoRaWAN and NB-IoT lies in their licensing: LoRaWAN runs on an unlicensed spectrum, while NB-IoT runs on a licensed spectrum. As was discussed earlier, since LoRaWAN is a patented technology, it provides an unlicensed spectrum, which allows users to create private networks for connected devices. Whilst the NB-IoT usually works together with the registered cellular network, which prevents the capability of private network creation but provides end-users with adequate security and encryption.

The frequency range, bandwidth, and data rates of LoRaWAN depend on the area or region its operating in, hence they’re different in the US, Europe, or Asia. On the other hand,  NB-IoT technology remains the same throughout different countries, as they are running on the 3GPP standard.

From the comparison table above, it can be deduced that:

Despite their individual differences, since both LoRaWAN and NB-IoT are both LPWANs, the components to be made available were also similar, such as these open/close door sensors shown in the pictures below: 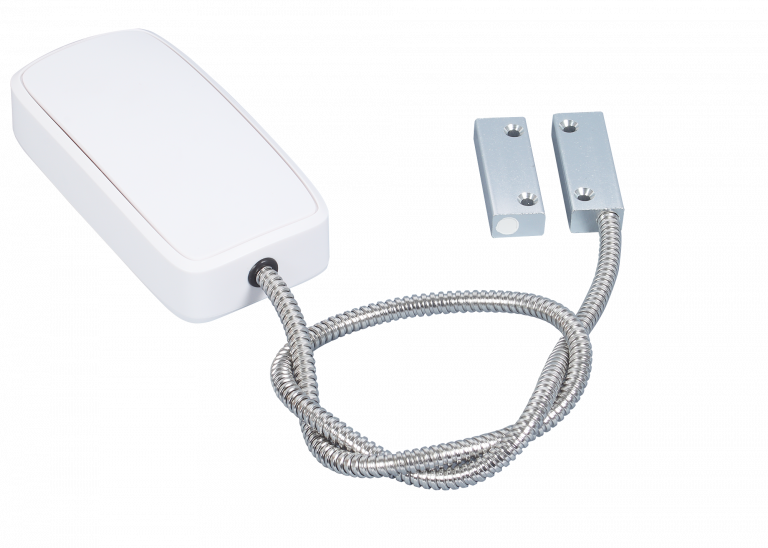 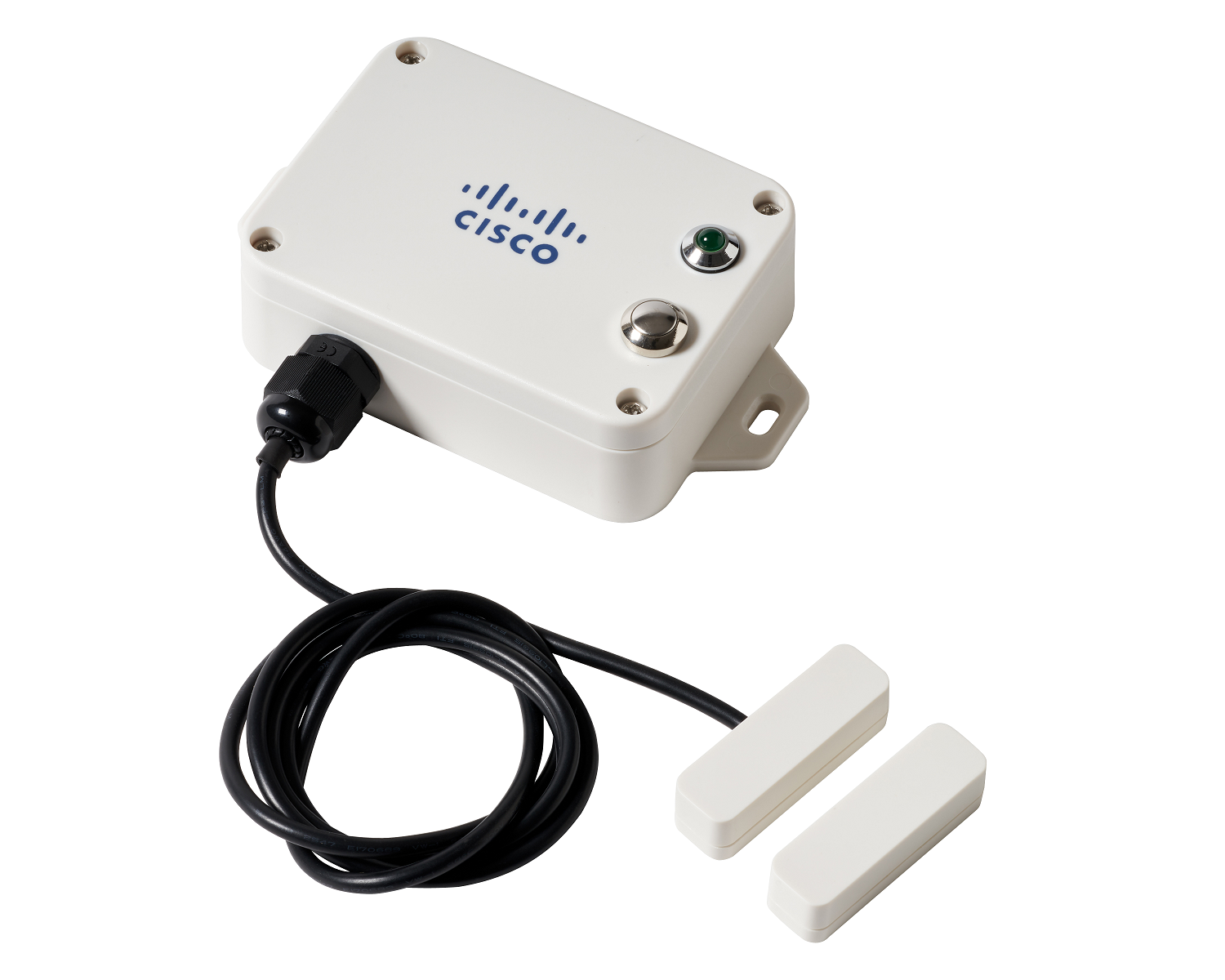 LoRaWAN is better used for agriculture or environment applications, where data requires a higher refresh rate and where products are operated within a certain distance. Applicating LoRaWAN for customer electronics which focuses on education, entertainment, and other fields where information isn’t too sensitive to be handled would also be a much more appropriate choice rather than using NB-IoT, due to the lower cost and power consumption rate of LoRaWAN.

NB-IoT, on the other hand, will be more reliable to be implemented in smart building systems, security, and traffic management systems, in which real-time and secure data is a priority for operations.

Despite all this, the usage of LoRaWAN and NB-IoT doesn’t necessarily need to work in place of one another -- instead, using both technologies for different tasks in a system would be a much better practice. Using the low-cost privileges of LoRaWAN combined with the enhanced security of NB-IoT would ensure your system performs its best.