Before designing multi-layer PCB circuit boards, designers need to confirm the circuit boards structure primarily based on the scale of circuit, the size of circuit boards, and the requirements of electromagnetic compatibility (EMC). It means that designers have to decide to use 2, 4, 6, or more layers of circuit boards. If the design requires the use of high density ball grid array (BGA) devices, the minimal number of wiring layers required for these devices must be considered. For years, people always believe that the less PCB layers, the lower the cost, however, there are many other factors affecting PCB manufacturing costs. In recent years, the differences between costs of multi-layer boards have been reduced significantly. As soon as the number of layers been determined, the placement of the inner layer and how to distribute different signals in these layers can then be decided --- this is the stack-up design of multi-layer PCB. Careful planning and choosing rational stack-up designs beforehand will save a lot of efforts in the following wiring and future production.

There are many factors to consider when determining the number of layers of multi-layer PCB board. For experienced designers, they will

emphasize on the analysis of the bottlenecks of PCB wiring after the pre-placement of devices. In combination with other EDA tools to analyze wiring density of circuit board; and combined with the quantities and kinds of signal lines with specific wiring demands, such as differential lines, sensitive signal lines, to determine the number of signal layers; and then to determine the number of internal power layer according to the type of power supply, isolation and immunity requirements. Therefore, the layer number of the whole circuit board plates is basically determined.

The following table is the empirical data to determine number of signal layers based on the PIN density, for reference.

Ps: Definition of PIN density: Area of board (square inch)/ (Total number of pins on the Board/14)

After the number of circuit board layers determined, the following job is to reasonably arrange the placement order of the circuit of each layer. In this part, there are two main factors to be considered:

(1) The distribution of special signal layers

(2) The distribution of power layer and ground layer

The more layers of circuit boards, the more varieties of arrangement of special signal layers, ground layers and power layers, thus it is more difficult to choose the best combination method, but the general principles are as follows.

(5) The symmetry of layer structure.

For your reference, a stack-up design for the four, six, and eight layered high speed digital signal PCB is demonstrated in below: 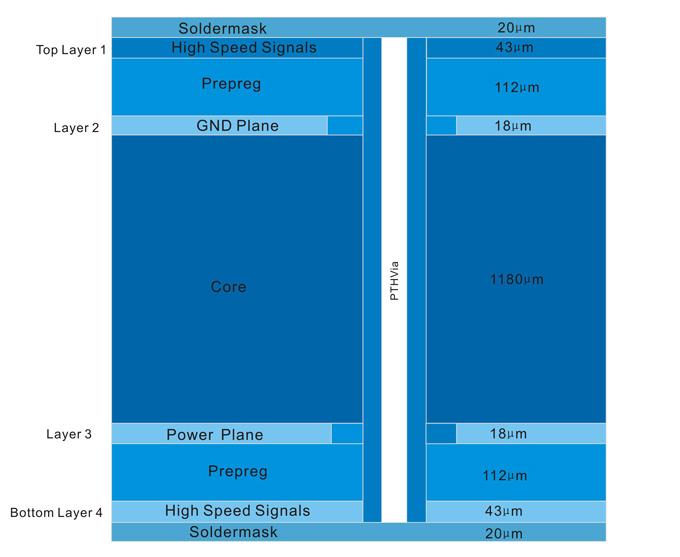 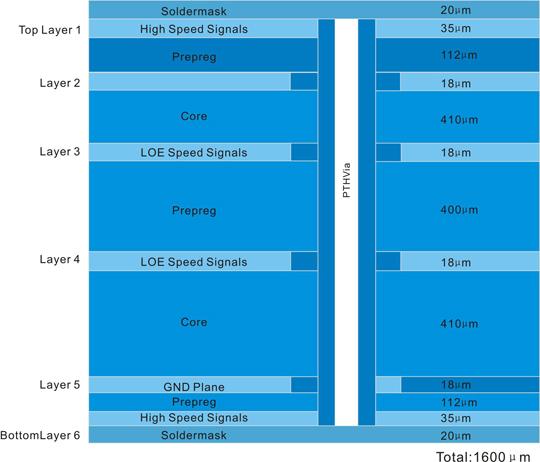 
In this example, the reference planes for the high speed signals on the top layer are the power planes on layer 2. Stitching capacitors from

the associated reference power plane to ground are therefore required. The signal reference for the bottom layer is the ground plane on layer 5. In this stack-up, it is preferable to route high speed signals on the bottom layer. As in the previous example, power and ground layers could be swapped if it is desirable to have the primary high speed routing layer on the top layer. 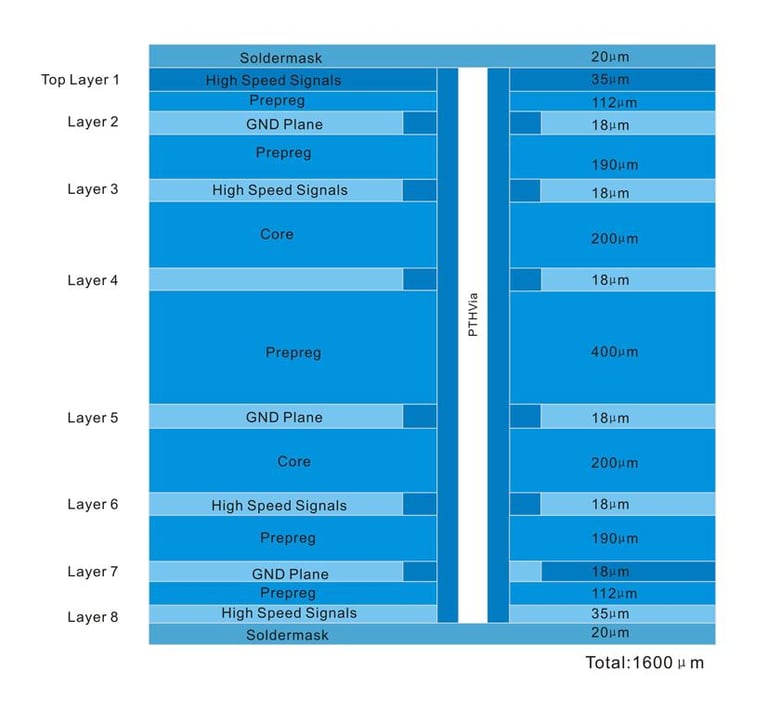 The inner layer 6 with the two adjacent ground planes is the best choice for routing high speed signals which have the most critical impedance control requirements. The inner layers cause less EMC problems as they are capsulated by the adjacent ground planes. As layer 3 is referenced to a power plane, outer layer 1 and 8 are preferable for high speed routing if layer 6 is already occupied.

If you want to learn more about PCB design, we highly recommend you to check the following articles:

Our engineers at NexPCB are professionals in making sure that all of these variables are taken into account for our customers projects. Let our team help you with your next PCB project!